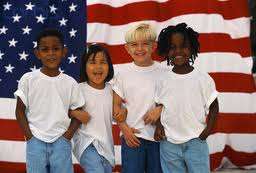 Washington D.C.’s Kennedy Center of the Performing Arts is in the middle of a month-long celebration of Nordic life and beauty. This weekend’s offerings include a concert by the musical performing group Yggdrasil. Formed in 1981 on the Faroe Islands this group has backgrounds in jazz, classical, folk and ethnic music. The name yggdrasil was taken from the mythical norse tree on which nine worlds were believed to exist.

This concert is part of the larger Nordic Cool 2013 series. This month-long series presents theater, music, dance, visual arts, literature, design, cuisine and film events all with a Nordic theme. The dark, cold winters of Denmark, Norway, Finland, Iceland and Sweden plus the territories of Greenland, Faroe Islands and the Aland Islands provide the background for the thematic events. The midnight sun, the Aurora Borealis, the sea, pure water and air and dark green evergreen trees all provide creative material for the varied   Kennedy Center presentations.

The Kennedy Center has become an international museum for the Nordic Cool events. Galleries and walkways are filled with free exhibits. Nordic restaurants offer such delicacies as arctic char, roasted venison and lingonberry mousse. There is something for everyone, including the children at the Nordic Cool series. The series runs through March 17th.