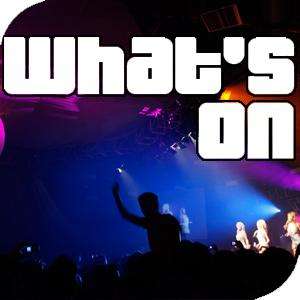 The big news this week is that it’s freezing. So wrap up warm and make sure you have a sledge for the grandkids – it’s likely to get some use over the next seven days!

If miserable weather sends you looking for things to do indoors, look no further than your local cinema. Les Miserables is the movie of the moment, justly garnering plaudits from public and critics alike. It’s directed by Tom Hooper, who brought us the equally brilliant The King’s Speech. At 20 minutes shy of three hours, it sounds like an undertaking – but from the first sung word you’ll be hooked. Bring a box of tissues and prepare to be amazed.

The Wellcome Collection, helpfully housed on London’s Euston Road (it’s practically opposite Euston Station, just 10 minutes’ walk from King’s Cross) is kicking of 2013 in style, with a wide-ranging look at our relationship with death. Death: A Self Portrait is the culmination of collector Richard Harris’ lifetime obsession with death-related art; and a rather wonderful exploration of the human urge to make sense of life’s biggest certainty. From rare Rembrandts to Incan skulls, it might give you the heebie-jeebies – but it will also touch your heart and get your brain buzzing with questions.

The Lowry Theatre in Salford, Manchester is playing host to the smash hit comedy One Man: Two Guvnorsthis weekend. The show has already made a big mark both in the West End and on Broadway – and is currently starring TV and radio funny man Rufus Hound in the central role of Francis Henshall. Featuring live skiffle, slapstick comedy and cutting edge satire, it’s won hearts and minds as far away as Australia. Call to book tickets if you can, to see what all the fuss is about…

If you’re in the mood for something a little bit different, why not make a point of visiting the London International Mime Festival. Taking place at several theatre locations throughout the capital over the course of the month, the Festival features eye-poppingly talented physical theatre companies redefining your conception of what you can do with a stage and a troupe of performers. From Compagnie 111’s show on a tilting stage to the Lynchean puppet-dramas of Invisible Thread, the Festival is guaranteed to confound and delight: a perfect antidote to grey skies and sub-zero temperatures!

Birmingham’s Town Hall and Symphony Halls have launched their 2013 programme as they mean to go on – showcasing some of the most important works of one of Britain’s major composers. The Benjamin Britten season continues this weekend with A Spring Symphony, which takes place at the Symphony Hall. All events in the “A Boy Was Born” series of concerts and recitals are a part of the Benjamin Britten Centenary Year.