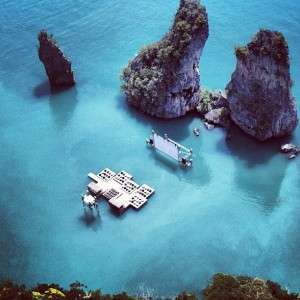 If you’ve ever attended an evening screening of a popular film (if you haven’t seen Skyfall yet, it’s about time you did!) and wondered why you’d bothered, read on. Most local cinemas provide a senior screening during the early part of the day, perfect for people who want to enjoy a film in the company of like-minded people (and who don’t want to have to put up with smartphones going off every ten seconds, or loud groups of teenagers commenting sarcastically on the action).

Many of the main cinema outlets – across all the big brands – provide senior screening once a week, usually in the late morning and often with free tea or coffee included. Plenty of silver screenings resurrect older classics, or show thoughtfully-compiled programs of modern films where storytelling and character are more important than giant robots and noisy explosions.

If you’re lucky enough to live in a major city, you can also take advantage of big-name independent cinemas whose program choices don’t just give a nod to the oldies and the goodies – they run whole season devoted to some of the most important and enjoyable films made in the last 100 years.

Manchester’s Corner House, for example, screens modern and established classics in a combination cinema and art gallery – so you can relax and enjoy a coffee between exhibition and movie. The Broadway in Nottingham offers a similar experience, semi-officially twinned over two locations: the Contemporary (an art gallery) and the cinema itself.

London residents are the lucky recipients of a cornucopia of independent cinema offerings, ranging from the BFI (under the arches on the South Bank), which routinely hosts seasons from renowned directors or film studios; and the Riverside, whose Hammersmith location promises more than just classy films. Make sure you enjoy a warming mulled wine or hot chocolate on the terrace (overlooking the Thames and Hammersmith Bridge) before you take your seat. Double bill matinees on Sunday are ideal for winter afternoons.

The theme uniting all of these independent screens (and many of the silver screen promotions run by the major chains) is tried and tested – quality, substance and a respectable price tag. You will, of course, pay more for a central London cinema than you would in the provinces; but even here a welcome range of senior ticket prices will usually make your trip worthwhile. 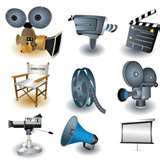 Not all modern films are without substance, of course. Some of the biggest and best on show at the moment (seen and reviewed by yours truly) provide a good mix of story and character – in settings ranging from the outlandish to the self-contained. From world-beating blockbusters to giants of independent cinema, there’s something on show for most tastes at the moment…

As noted already, the most recent Bond offering is well worth a watch. Forget gadgets; forget big explosions – this one’s all about character, with Judi Dench giving the performance of a lifetime. Then there’s Argo – just released to major critical acclaim. Telling the crazy true story of a CIA exfiltration operative who puts together a fake sci-fi movie to get six Americans out from Iran at the time of the hostage crisis, Argo is a perfect combination of humour, tension and historical detail.

For the Bela Lugosi fans out there, Tim Burton’s ludicrously endearing Frankenweenie is still holding its own in the box office top 10 – thanks to its wonderful combination of black and white, old horror movie style and heartstring-pulling story. For anyone who ever loved a pet (or Hammer Horror films), this is a children’s film that really plays to all ages.