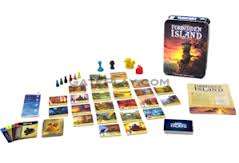 What makes a great board game? Well, it needs to be engaging enough to keep a group of adults and possibly children focused for at least an hour. It needs to have a clear goal, it may involve intelligent thinking and strategy and above all, it needs to be fun. Here are four games that won awards in 2010 for all of the above characteristics and more. It seems that historically themed games were hot last year. All of these games are for persons aged eight and up and all are set in a historical time period. They set goals of speed and domination and involve characters with personality traits and in some cases, magical powers. Which one will you choose? 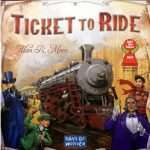 This game, set in 1900 North America the challenge is to build railways to as many cities as possible in seven days. Players collect cards claiming railway routes between cities as they play. There are bonus points for certain routes and for certain accomplishments such as longest route. This game is a cross-country train adventure and will appeal to everyone old enough to follow rules and aim to succeed. The game takes about sixty minutes to play. It is published by Days of Wonder and was designed by Alan Moon. Other games by Days of Wonder which have drawn attention by game lovers are Pirates Cove, Shadows over Camelot and Mystery of the Abbey. 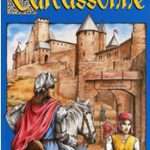 This game was awarded Game of the Year in Germany. It features characters such as farmers, knights, thieves and monks in an effort to develop trade routes from the Mediterranean to the Atlantic. Players earn land tiles, build roads, fields, cloisters and cities. This is a clever game filled with strategy and player interaction. It is published by Rio Grande Games and was designed by Klaus-Jurgen Wrede. One of Rio Grande’s goals is to create top-notch games for families to play together. 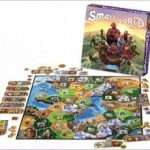 Small World is a civilization board game. Another Days of Wonder game, this one was designed by Philippe Keyaerts. Characters in the game world include Amazons, Giants, Orcs, Dwarves, Wizards and oh, yes….humans. Some of the characters have special powers with which to seize power. The goal is to occupy territory and conquer adjacent lands. Will you control the world? 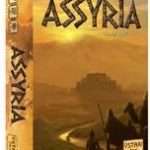 Set in 2,000 B.C. this game explores the creation of a new empire in Mesopotamia. It has been voted Best Strategy Game. Characters are chiefs of nomadic tribal groups of the area. Each chief will traverse the desert in search of food, water in wells, and ziggurats. This is a game of domination and strategy. Meant to be played by those twelve years and older the game takes about forty-five minutes to play. This is another Rio Grande game and was designed by Emmanuelle Omella.

If you enjoy playing board games you’ll want to try at least one of these. Each game was rated on levels of strategy, luck, knowledge, creativity, interaction of players and complexity. Have fun!