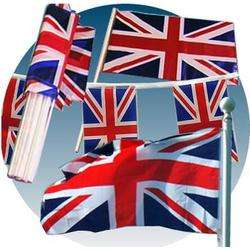 June is that long-awaited month in which summer vacation finally arrives for school children and families are free to plan that annual vacation. Be it road trip, camping or something grander, it is often the highlight of the year. June is also the month when summer officially begins on the weather calendar. It is, simply, a wonderful month.

Did you know that on June first in 1533 Anne Boleyn was crowned Queen of England? Or that on June second in 1935 Babe Ruth retired from baseball at the age of forty? On June 6th of 1691 Pope Innocent XII succeeded Alexander VIII and on June 25th of 1876 General Custer and the 7th Cavalry of the United States were wiped out by the Sioux and Cheyenne Indians. And did you know that on June 5th of 1991 Mikhail Gorbachev received his Nobel Peace Prize from the year 1990?

Here are some more traditional holidays and special days in June:

June 2nd is Coronation Day in Britain. Celebrating the 1953 coronation of Queen Elizabeth, there is a 41 gun salute in Hyde Park at high noon. London and the rest of the UK are celebrating the Queen’s Diamond Jubilee this year with ceremonies, flotillas, street parties, pop concerts, processions, and many more exciting events! The festivities start on June 2nd and last for four wonderful days!

June 14th is Flag Day in the U.S. This patriotic day was first begun in 1885, was made official by President Woodrow Wilson in 1916 and was formally instated by Congress by President Truman in l949.

June 17th of this year is Father’s Day. It falls on the third Sunday each June. This is the day to honor and pamper the fathers in your life.

June 21 is the first day of summer. If the sun hasn’t been shining by that time, you can officially complain to your local weathermen.

Famous birthdays in the month of June include:

Here’s wishing you many days of sunshine and fun in the wonderful month of June!