Home / about safe toys / The Uplifting Power of Poetry

The Uplifting Power of Poetry

Home / about safe toys / The Uplifting Power of Poetry

Many of us feel lacking in expertise when it comes to poetry. We may think of Shakespeare’s sonnets or William Blake and his elusive imageries. We may have foggy memories of studying Evangeline in the long-ago world of classrooms. Poetry seems like hard work.

But take another look. There are wide horizons when it comes to verse. Yes, some of it comes in proscribed numbers of syllables and rhyming lines, but much of it is more like a stream of consciousness in which questions, emotions and vivid experiences tumble out across the page in truly delightful ways.

As in any form of writing, there are as many purposes as there are poets. But, not surprisingly, many poets have tried to bring life and hope to readers as they interact with universal themes: life, death, meaning, joy, sorrow.  Let’s look at some uplifting poetry and poets in this time when we all can use a bit of hope.

Maya Angelou was an American poet, singer, writer and civil rights activist. She was most famous for her seven autobiographies, but also wrote powerful poems in which she asserted her strength as a woman. Read Phenomenal Woman or Still, I Rise.

Mary Oliver was an American poet best known for her observance of the natural world. She explored themes such as solitude and was famous for her inner monologues in which she examined the ups and down of life. She won many awards in her long career. For a taste of Mary Oliver’s work, read Poppies. Two of Oliver’s volumes of poetry are entitled Dog Songs and A Thousand Mornings.

Emily Dickinson, the American poet often linked with heavy and morbid themes, wrote a delightful little poem on hope entitled Hope is the Thing with Feathers.

Edgar Guest was another American poet, known as The People’s Poet for his clear, optimistic verse. He is best known for encouraging words for tough times. Take a look at several of his poems, Don’t Quit and Things Work Out.

Rudyard Kipling was a British journalist and poet, born in India. Much of his writing relates to his experiences living in British-ruled India and the relationships between British servicemen and the native people. His most famous poem, If, is a study of fortitude in adversity.

Garrison Keillor is an American author, storyteller and humorist. He hosted a weekly radio program on Minnesota’s public radio called The Prairie Home Companion from 1974 through 2016. He is widely known for his fictional town of Lake Wobegon and all the characters living there. His book, Good Poems for Hard Times, is a compilation of poetry by a wide variety of poets, chosen for their clarity and humanity. “Good Poems,” says Keillor, “is for everyone who loves poetry whether they know it or not.”

Wendy Cope is a brilliant contemporary British poet who knows how to make her readers laugh. She loves to write parodies of famous poems. Read her poem, The Orange , in which she examines the joy in the small details of life and why she’s “glad she exists.”

Naomi Shihab Nye was born to a Palestinian father and American mother. She has lived in Ramallah, Jerusalem and currently in San Antonio, Texas. She is a poet, songwriter and novelist. She has written for both children and adult audiences. Read her poem, So Much Happiness.

Walt Whitman, beloved American poet, was a prolific writer. His most famous collection of verse is Leaves of Grass. In his preface to the collection of poems he writes about an encouraging way to live daily life entitled This is What You Shall Do. Several quotes from inside the covers of Leaves of Grass are: “Ask as to me, I know nothing else but miracles,” and “Do anything, but let it produce joy.”

Elizabeth Barrett Browning, wife of Robert Browning was an English poet. She was the eldest of twelve children and her father, a wealthy businessman refused to allow her to marry. She and Robert eloped to live in Florence, Italy after corresponding for years. Their love letters have been read and appreciated over the years. Elizabeth is best known for her romantic sonnets. Her Sonnet 43 is perhaps the most loved.

It’s obvious that poetry is a powerful medium. There are thousands of poets and hundreds of thousand verses written. Here are a few websites which may guide you to the topics and the artists you’ll enjoy most. 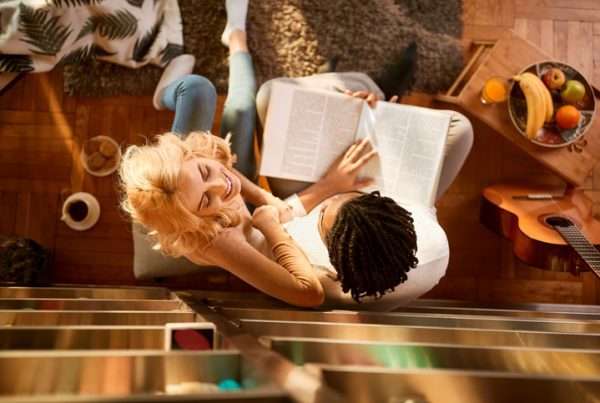